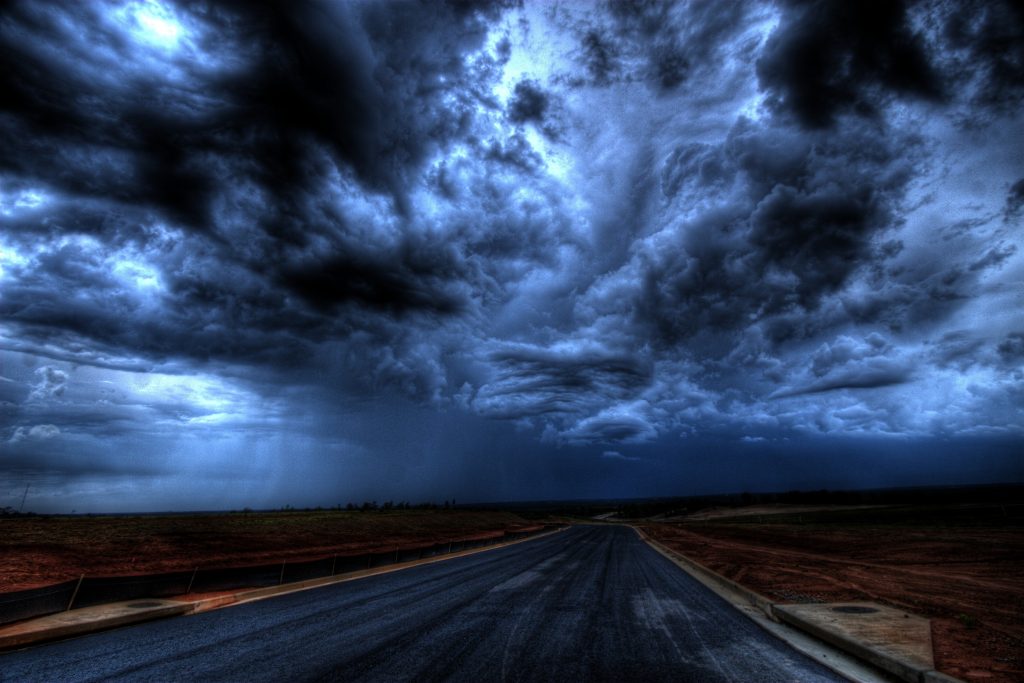 When I met Bob Schaeffer, the Executive Director of FairTest, at a National Association for College Admission Counseling (NACAC) conference in October of 2012, I thought he was misguided. In our roughly 20-minute conversation, he decried that the SAT and ACT were tests that could be prepared for and explained that he wanted them to be abolished. Why did I think him misguided? Because of course the SAT and ACT can be prepared for. Can you think of any test that you can’t prepare for? Especially at over 30,000 feet in the air, I want my pilot to have prepared for and needed to prepare for his or her piloting tests. When I’m anesthetized on an operating table, I want my surgeon to have practiced and prepared for his or her medical exams. Isn’t the entire point of a test to evaluate a person on what they did prepare for? It’s in the name: a test.

As Schaeffer explained, though, the SAT and ACT were really bad because wealthy people could help their kids prepare for them. When I asked what he would use instead to assess academic preparedness, he said grades and AP scores. When I asked if the wealthy wouldn’t just provide their kids with more preparation for grades and AP scores, he said, “Maybe.” So he conceded that abolishing the SAT and ACT might not solve anything. But, like most misguided persons, he has continued his crusade.

What I didn’t realize is how dangerous Schaeffer is. In the decade since I met him, his work has been pivotal in moving the U.S. away from the SAT and ACT and toward not only less equitable admissions but also worse outcomes for students and – by extension – the country.

The Effect On High School GPA

To the surprise of no one with any common sense, the increase in colleges going test optional or even test blind did not solve the problem and only shifted it (or even amplified it). Wealthy parents did exactly what anyone would expect them to do. Grade inflation at the wealthiest high schools has continued to increase faster than at any other high schools (with private high schools seeing a three times faster rate of grade inflation than public high schools).[i] And class rank has increasingly been eliminated at these wealthy high schools to hide the extent of grade inflation.[ii] Why the elimination of class rank at wealthy high schools? So that a student with an A- average does not get reported at near the middle or even bottom of their class with that GPA, since nearly every student at wealthy schools has an A or A+ average. Does it seem like an exaggeration that a student with an A- average might be below average at his or her school? It’s not. In 2019, 68.1% of college freshmen at four-year universities that grant bachelor’s degrees reported that they had an A+, A, or A- average in high school.[iii] And that’s not limited to selective universities. At the selective universities, essentially every student had an A- or better average in high school. Consider UCLA (a highly selective but not even one of the most selective colleges): in 2019, 70% of admitted students had an unweighted GPA of 3.94 or higher (out of 4.0).[iv] What percentage of admitted students had a B+ or lower GPA? 4%. So essentially no one. “A” truly is for “average” these days.

But it gets worse.

The Effect On College Admissions

In the absence of SAT and ACT scores, colleges put extra weight on the remaining pieces of the application:

Abolishing the SAT and ACT has made admissions less transparent and likely less equitable to disadvantaged students who can take the SAT and ACT multiple times for free and significantly increase their scores with readily available free test prep but who cannot control the high school they attend, their parents’ finances, whether they are legacies of elite universities, etc. By learning the foundations of grammar, rhetoric, mathematics, and reading comprehension, students not only score higher on the SAT and ACT and increase their admission and scholarship chances but also succeed more in college and in life.[xxviii] That is what they should be encouraged to do. Not the opposite. Put another way: If you stand on a scale and don’t like the number you see, do you solve your discontentment by throwing out the scale? Those in the anti-test movement don’t like to see that disadvantaged students tend to score lower on the SAT and ACT. But of course they do: the SAT and ACT measure academic preparedness, and disadvantaged students (almost by definition) do not have access to as much academic preparation. The anti-test solution? Throw out the scale. Which of course will only hide the problem and allow it to get even worse because we will have lost our best means of measuring the problem — the only standardized metric that is taken by students across the country. What gets measured gets improved. Those in the anti-test movement are encouraging students not to pursue academic excellence by standardized measures and calling it progress.

What has been touted as a resounding success, however, is how much test optional admissions has increased diversity. What is that net effect? A 1% increase in diversity.[xv] Seriously. 1% increase. Maybe you think that is enough and worth the loss of equitable admissions in every other way. Maybe it is. Even if you think that, though, it’s certainly not the resounding success that Schaeffer prophesied for decades.

But, again, it gets worse.

Not only does abolishing the SAT and ACT not solve or even make worse the problem that doing so sought to address, but it hurts those students it purports to want to help and hurts our country and democracy itself as well.

The Effect On Students

Colleges really, really need to get better at measuring academic preparedness and correspondingly predicting students’ success – not worse. At 4-year degree granting colleges, only 63% of students graduate in 6 years.[xvi] What do you think happens to the other 37%? They are typically worse off than before: no college degree but now also burdened by an average of $13,929 in student loan debt (47% of people who leave college without a degree are in default on their college loan debt, which also hurts their credit score and thus their financial well-being even further).

But it gets worse: the graduation rates were lowest at the least selective colleges: “at 4-year institutions with an open admissions policy, 29 percent of students completed a bachelor’s degree within 6 years.”[xvi] Only 29% graduate. That should outrage anyone who reads it. How can we as a country be letting colleges take students’ money like that and set two-thirds of those students up for failure? And, worse still, disadvantaged students have higher rates of dropping out of college – so policies that decrease the fit between students and the colleges at which they will most likely succeed disproportionately hurt the very same students that Schaeffer alleges he is trying most ardently to protect.[xvii] What will they tell their own children about going to college? As Paul Tough explains in “The Years That Matter Most,” one person’s failure can impact an entire family. “Trevor Henning’s flameout in college scarred not just him but the entire family”.[xviii] Because Trevor failed, the family saw college as a waste of time and money. Setting over a third of students at all colleges and over two-thirds of students at the least selective colleges up for failure hurts not only the students themselves but also likely those students’ families and generations to come.

“SAT and ACT tests are better predictors of Harvard grades than high school grades…” (Harvard’s Admissions website).[xix] So SAT and ACT scores are not worthless. It’s not that they’re useful but still not as helpful as high school grades. Not equally useful either. Better. Of any measure, SAT and ACT scores are the best predictors of success at Harvard and likely at most highly selective colleges. Harvard’s graduation rate? 98%.[xx] And Harvard isn’t an anomaly: on average, the more selective the school, the higher the graduation rate, especially for those students who have high test scores.[xxi] When a majority of students have A averages in high school, it is nearly impossible to see which students are prepared for a rigorous college curriculum. SAT and ACT scores are the only standardized metrics available (because even AP classes and exams are not equally available to all students). To remove SAT and ACT scores is to remove a safety net that helps ensure that students are well-matched to succeed at (and just plain graduate from) the college they are admitted to and attend.

The Effect On Our Country

But it is not just students and their families who get hurt. Declining educational success hurts our economy and our country. Employers are desperate for skilled workers.[xxii] Students with lower SAT and ACT scores and students who do not submit test scores are more likely to avoid or drop out of STEM majors – the primary fields that we need in order to stay competitive in the world.[xxiii] In Francis Bacon’s “Of the Vicissitude of Things,” he describes the cycle of power of nations. As a nation becomes more wealthy, it becomes more content and weak, and so its wealth and weakness doubly embolden its adversaries to overthrow it. What brings a nation’s power to an end? “Learning… when it waxeth dry and exhausted.”[xxiv] Because knowledge is power, especially in our technological age. However you feel about the U.S.’s influence, both positive and negative, an emboldened China and Russia are certainly harmful to the world: the oppression of the Uyghurs, the premature political takeover of Hong Kong, the annexation of Crimea, the invasion of Ukraine, the intellectual theft and cyber attacks on our infrastructure and economy. Make no mistake: a loss of knowledge will mean a loss of human rights and democracy. Our best defense is where it always has been: an investment in our people.

The SAT and ACT are not perfect (nothing in this world is), but they are the best (and only) common yardsticks that we have to evaluate students from more than 25,000 U.S. high schools and innumerable international high schools.[xxv] The few studies that try to argue against the relevance of test scores are far outnumbered, and the most prominent of which (a study by the University of Chicago) was incorrectly designed.[xxvi] Together with high school GPA, test scores are the best predictors of success in college.[xxvii] In fact, “The correlation for test scores predicting grades in a common set of college courses is one of the largest predictive relationships in the social sciences.”[xxviii] To move away from educational standards in favor of admissions practices that give further advantages to the wealthy and that favor the dishonest (through faked college essays and activities) is not only to ignore common sense, truth, and data but to hurt students, their families, our economy, and our country.